Has anyone seen Cupcake Wars on the Food Network?  Jones Bros Cupcakes from Omaha, Nebraska competed on the “Country Music Award” episode I believe in 2012 and won! http://www.foodnetwork.com/restaurants/ne/omaha/jones-bros-cupcakes-restaurant.html.  Since then I have always wanted to try one of their cupcakes and I finally got the chance this past weekend.  I chose a Red Velvet cupcake. I actually wanted one of each but decided that wouldn’t be a very healthy approach. Scroll on down and I’ll let you know how it was…

The anticipation… Couldn’t wait until I got home to open the box! 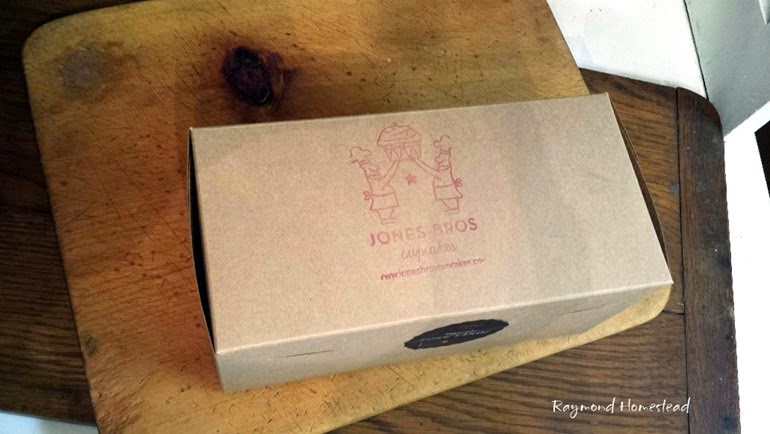 Look at that frosting… I had to sit and stare at them for awhile… a very short while! 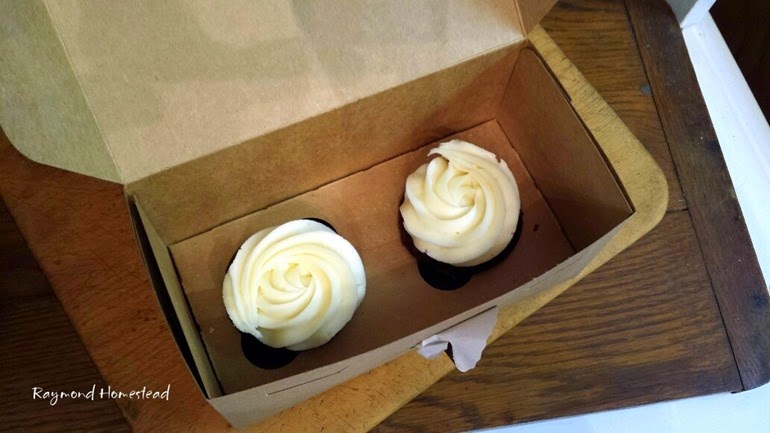 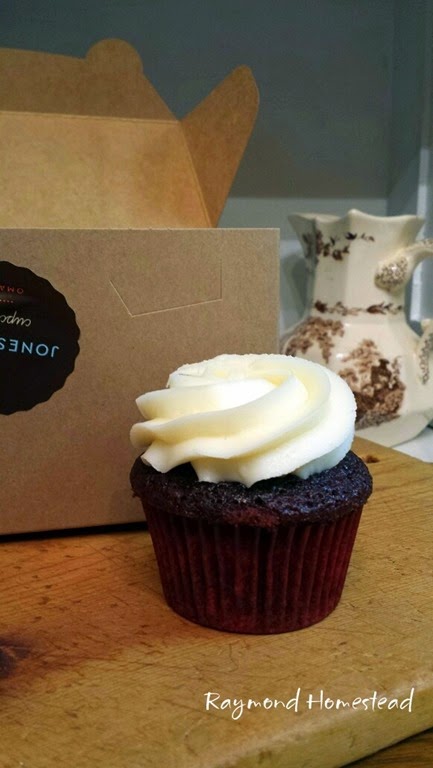 How many bites did it take to finish the cupcake?   Not very many!!  As a matter of fact, it all now seems like a distant memory to me, a very yummy distant memory!

Posted by Raymond Homestead at 3:19 PM