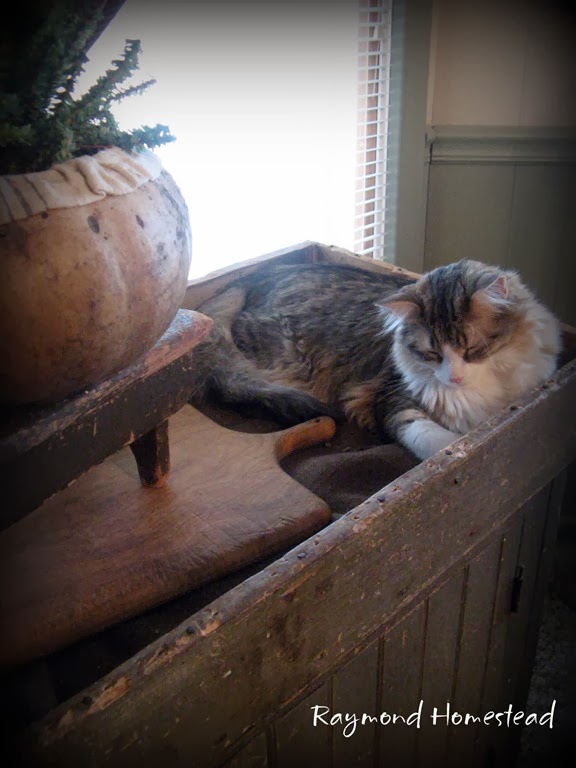 It’s been awhile since I have done any stitching. Sometimes I see a pattern that I really would like to make but now I think I know why I keep putting if off.  Today I had to sew a button on a shirt and it was quite the ordeal.  Jasper kept jumping on the shirt, then he would see my tape measure laying in the sewing box and he kept trying to take off with it.  Then just about the time I would get the button lined up where I wanted it, he would attack the shirt again.  Not to mention trying to thread a needle with him there!  So tell me folks, is there a  secret to crafting with a cat around?  I have seen some of your blogs where the cat is sitting there so angelic like watching or perhaps just laying on a piece of material taking it all in.  Not Jasper, he’s doing somersaults, paw swiping, mouth chewing, and tail flopping all the while!  It was a good thing I only had to sew a button on.  I guess he is still in that playful kitten stage.  As you can see above, he does take a nap when I’m NOT trying to work on anything. Maybe I just need to show him the proper way to sew……then again, don’t think it’s gonna work!

Hope everyone is keeping warm this very cold frigid day! 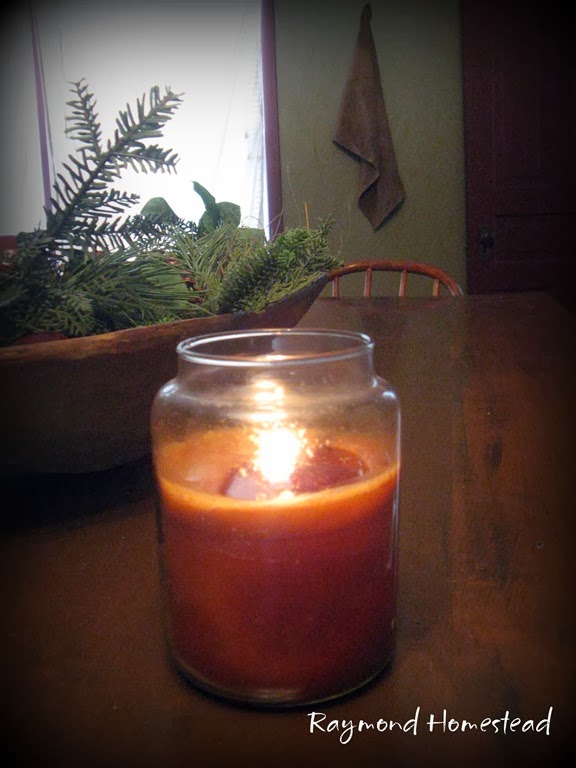 It’s definitely a day to stay inside and enjoy the simple things like burning your favorite candle!  Which right now I am burning Buttered Maple Syrup~ smells really good!