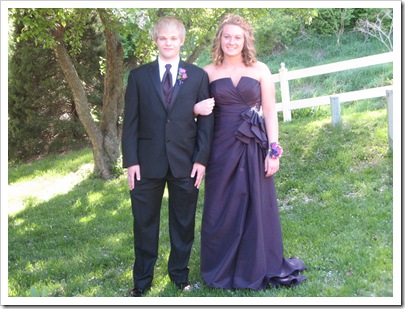 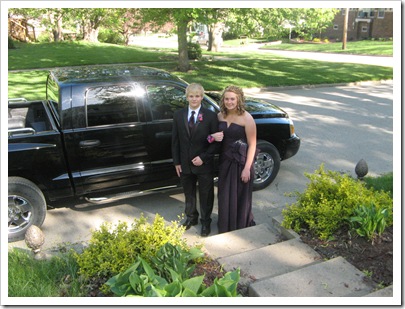 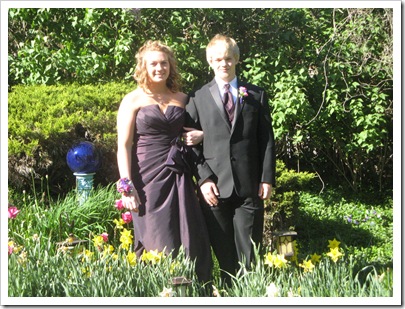 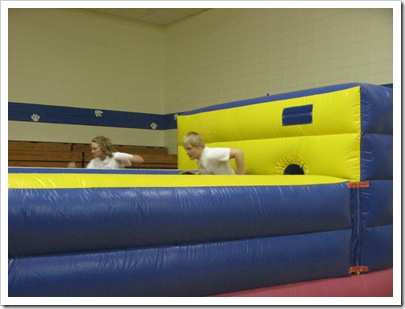 We had an obstacle course set up with the tricylces but a lot of the kids just had fun riding the tricycles around!

Here’s Doug and Megan on a tricycle. 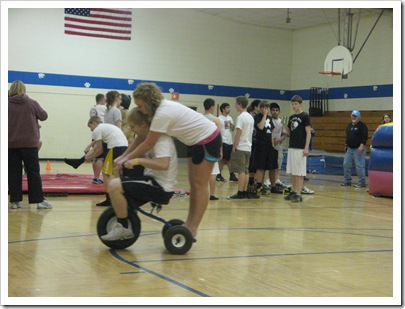 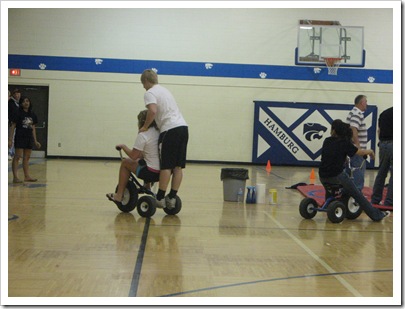 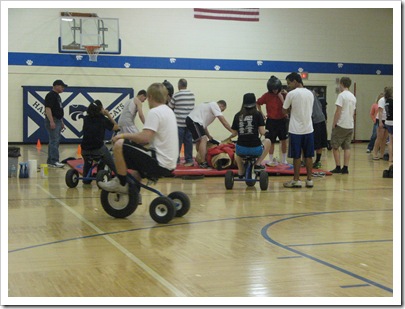 We had a scavenger hunt and they had to do it in pairs but also they had to hold hands while finding their items. It was so funny watching Doug and Colin running around holding hands. 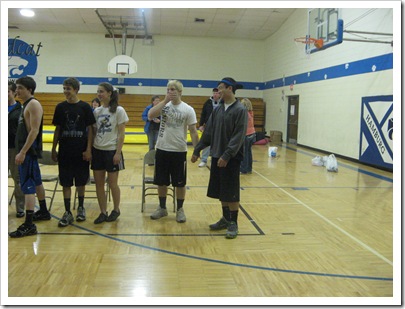 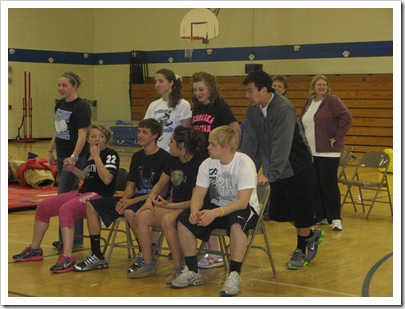 Then they played some Minute to Win it games. This one they had to see how many water bottles they could knock down with the panty hose over their head with an orange in it. 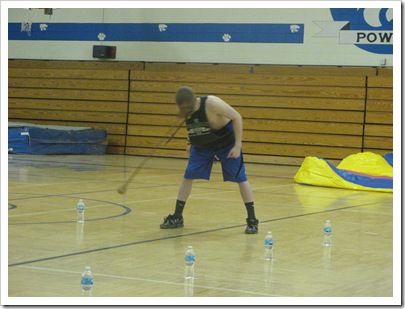 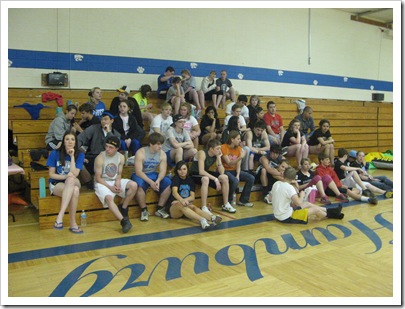 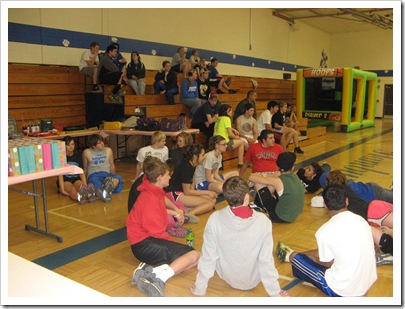 I think everyone had a good time. There was a lot of awesome prizes for the seniors like microwaves, TV’s, dorm refrigerators, etc. Doug won a Garmin (GPS) and a Walmart gift card. It was fun but glad it’s over. I think the staying up all night has just now hit me! :-)

Posted by Raymond Homestead at 6:53 PM