Buttons. I love buttons. There are so many different colors and shapes. Old ones and new ones. I like to just look through them as if they are jewels in my treasure chest. I like to think about who had them before me and where did they all come from. I have some from my grandma and some I have from garage sales and such. I see a picture of buttons and it gets me thinking about mine and what I can do with them.

Ok, so I had this idea. I wanted to take all my white buttons and put them in a jar. Don’t ask me why, I just thought it would be pretty. First of all, I couldn’t find my buttons. I had moved them awhile back and of course couldn’t remember where to so I had to hunt them down. 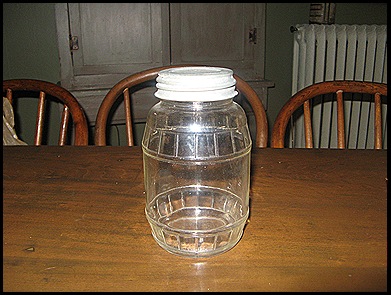 Once I found them I started sorting through them looking for all the white buttons. I was having a good time for awhile ( I know, you are thinking she needs a life if she enjoys just sitting and going through a bunch of buttons) and then my hands started to go numb and I couldn’t hold onto the buttons and I would try and put them in the jar and they would miss and bounce everywhere and I began to feel like I was never going to make it through to the end but I finally did. At least through this bunch of buttons. I do have more but they will have to wait until another day. 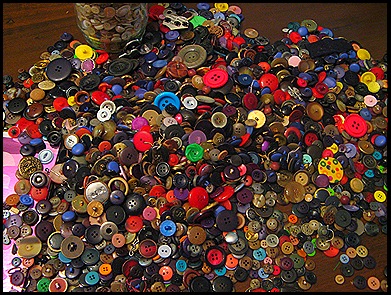 Anywho, I achieved my goal and got the white ones in jars. Go ahead now say, “My, aren’t they lovely?!”

Why yes, thank you! I believe they are! 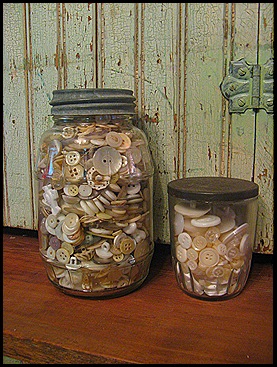 Now someday, but not anytime soon, I might fill another jar with another color. Won’t that be awesome!! ;-)

Posted by Raymond Homestead at 5:27 PM