Hope everyone had a nice Easter! It was a nice day. Got a picture of my niece and the boys, Doug, Ciara, Jake and Derek. I should have made them hunt for Easter eggs! I remember one year when they were little, I (being the Easter bunny) forgot to put out their baskets and when they woke up Jake said, “That dumb bunny didn’t leave us anything!” Of course Rusty told them that times were hard and the Easter bunny decided to start takin instead of giving! lol   But I made Rusty keep them occupied and I quickly put their baskets out on the porch and we just pretended they were there all along, I never forgot after that! Here is their “after”  or should I say “now” picture. 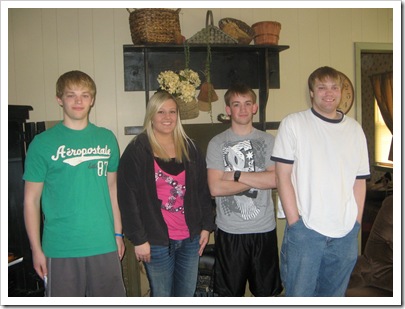 And here is there “before”  or “then” picture. 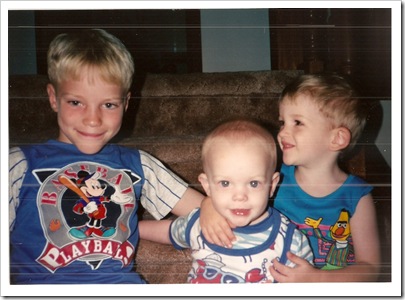 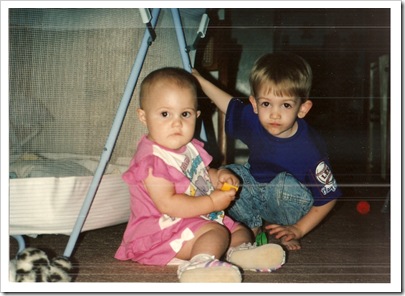 Here is a couple of before and after pictures. I don’t know if you remember this from last year but the thread was too light. It’s been bugging me so I made it darker. 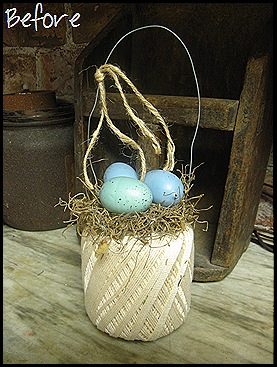 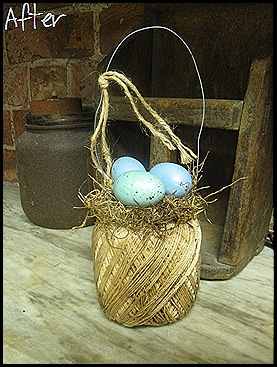 Here is one of those cheese domes I picked up at a thrift store. 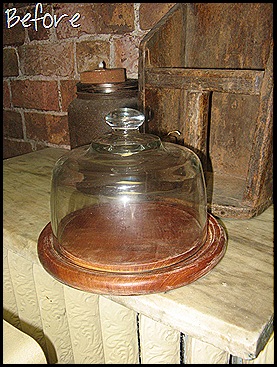 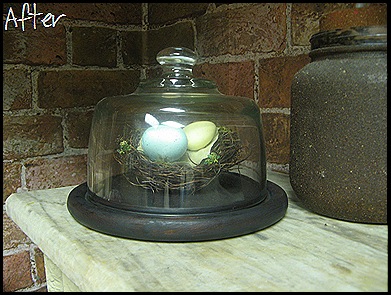 Posted by Raymond Homestead at 3:58 PM