Let’s visit Halloween past shall we? Our first stop is 1969. This is a picture of my brother and me with our carved pumpkin! You can click on the pictures to make them larger. 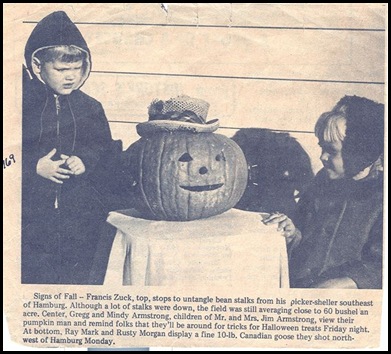 Next we are in 1988 and Derek and Rusty are carving a pumpkin! 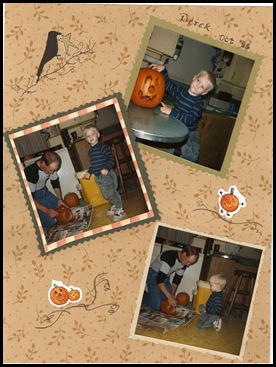 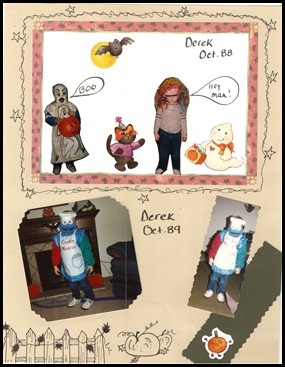 Next also in 1989 we have Rusty (wearing red instead of green) and Robin, Derek and Becky Moore. Derek is having fun sitting in the leaves! 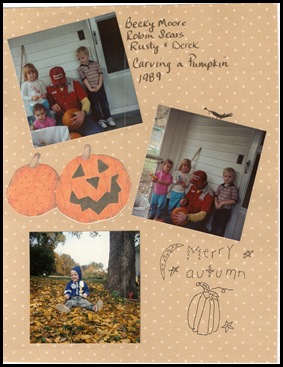 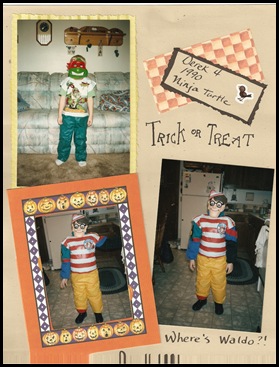 In 1992 we have 2 year old Jacob as Cookie Monster (I’m thinking it’s a hand me down!) and Derek with some Boo glasses and a old flannel shirt. Then in 1993 Derek is a old man and Jake is Casper the ghost! 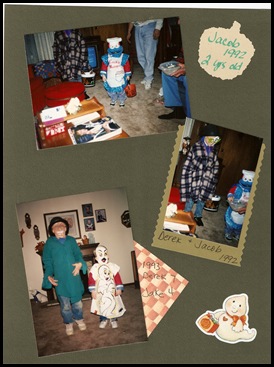 Here we are in 1994. Derek and Jake are phantoms and little baby Doug is a pumpkin(isn’t that cute!) 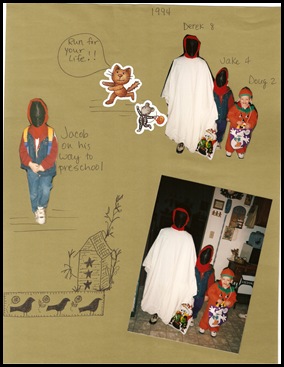 1995 Derek is frankenstein, Jake a pirate and Doug a phantom. 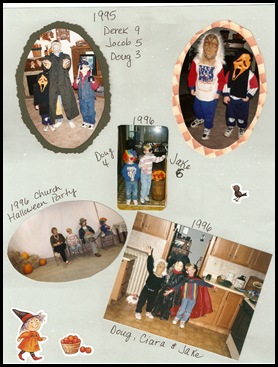 Hang on to your hat, we are in 2000. Doug is wearing a hat, Jake’s a phantom. Boy that phantom sure got a lot of use!! Ciara is a Viking football player. 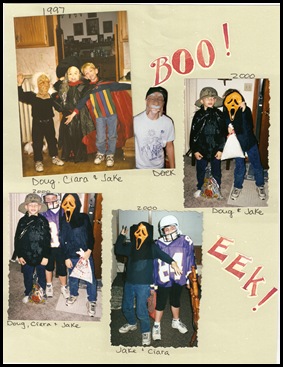 Uh oh, somebodys knocking at our door in 2001. Well looky here, it’s Donny Wayne Sears, Jaden and Shea! I wonder why Donny doesn’t wear some kind of costume? He could have at least dressed up and had fun with the kids! 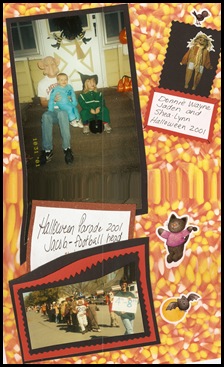 I miss all those fun days of taking your little ones out trick or treating! Like I’ve said before, enjoy every minute cause man oh man it goes too darn quick! My little pumpkin baby is a junior in high school!

Posted by Raymond Homestead at 4:47 PM