Well today Rusty and I went over to Nebraska City and got a few needed things. I had a list of things I wanted at Walmart, but naturally they didn’t have what I wanted.

I did notice though that it has finally happened! Barbie, has let herself go, either that or age and a slow metabolism has caught up with her and she is finding out she doesn’t have it as good as she used to. Now I can relate to this Barbie! 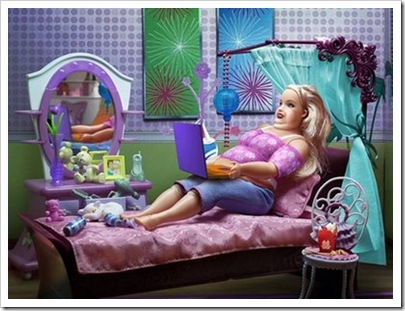 We later stopped out at the outlet mall and I found some clothes to try on so Rusty waited in the car for awhile and then he said he would go run some errands and come back. I was just leaving the store when he was headed back in with a not so happy look on his face. Good thing I was done and headed out!! No, really he is pretty patient with me (sometimes!) Anyway we drove by where they are building the new McDonalds and they have a picture posted of what it is going to look like. 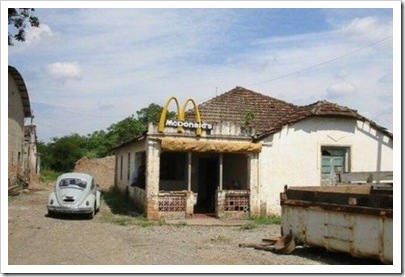 I can’t decide if I like the new or old look better. How bout you?! Just kidding! Got these pictures from here.

Posted by Raymond Homestead at 6:36 PM