Well we got home about 6:30 this morning and I laid down for a little while but couldn’t really sleep and Rusty ended up and went over to Nebraska City to get some groceries. It probably won’t hit us until later. I think the night went pretty well. The Sumo wrestling was a hoot! The funniest part of that was when you fell down you had to have help getting back up. That was hilarious watching people trying to get back up. The bungee pull thing was fun but a lot of the kids complained of their head hurting or getting dizzy doing it. You run forward as fast as you can before it pulls you back. Then we had the race track cars, I tried it and I couldn’t get my car to even go around the track once! Then there was putt putt golf. several liked playing Texas hold’em and some were having fun messing around with Guitar Hero rock band and dance revolution. I tried the dance revolution. That could really be a good workout if you got going on it fast. Then we come to the hypnotist. That was funny watching those that got hypnotized! It amazes me how people can go under like that. There were a lot of good prizes. There were junior prizes and senior prizes. Names were drawn and you got to go pick out a gift. Jacob’s name was drawn 2nd and he picked the small refrigerator. I’m glad it worked out he got it cause he was really wanting that. Here are a few pictures I managed to take. 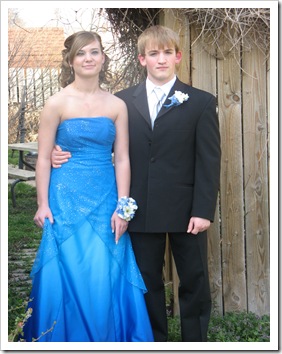 This is Jacob and his girlfriend Nikki 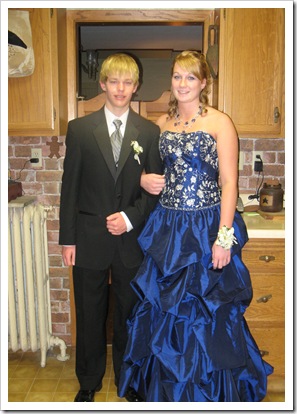 This is Doug and his girlfriend Megan 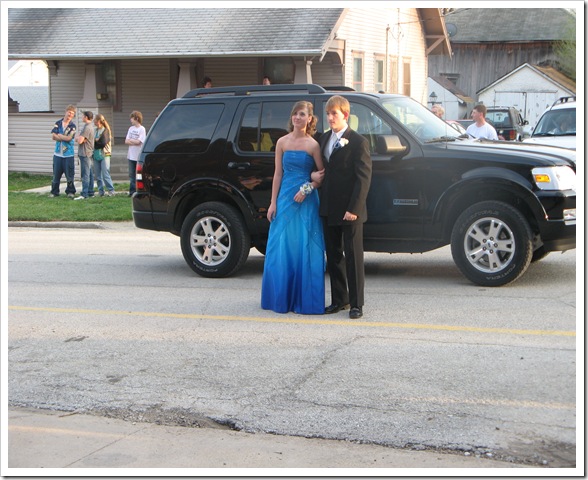 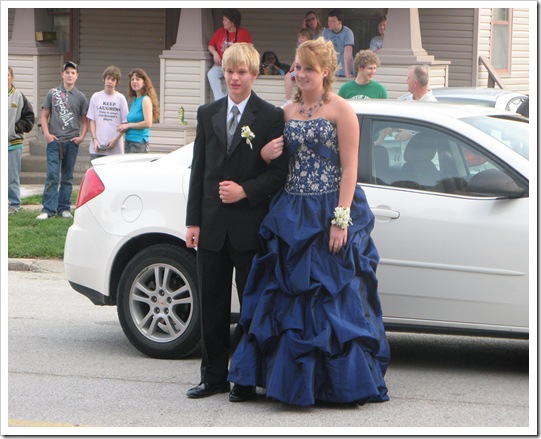 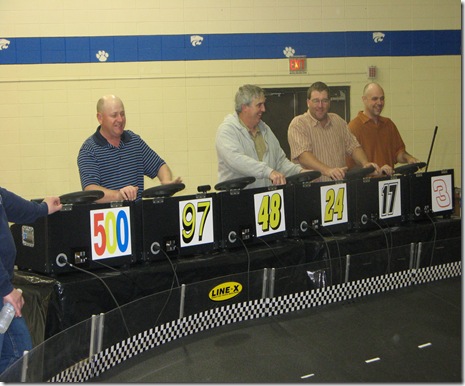 Some of the big boys playing cars 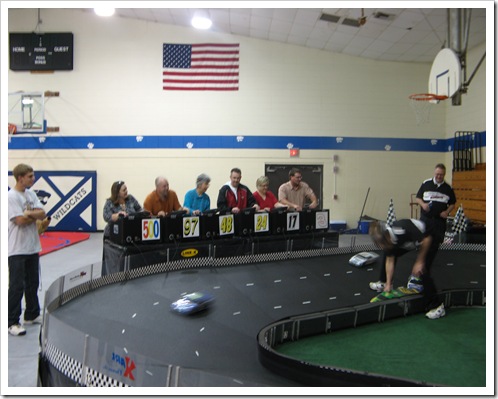 My attempt at driving! 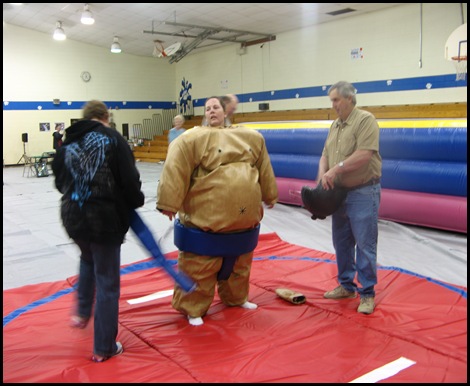 One of the moms trying out the sumo wrestling! 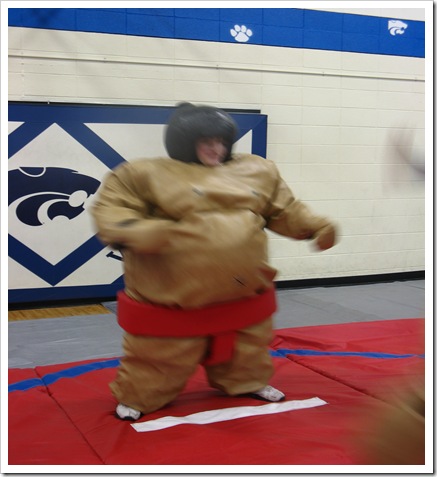 Jake getting ready to wrestle! 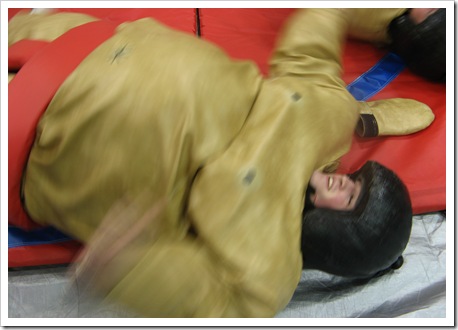 Uh oh, somebody help him up!! 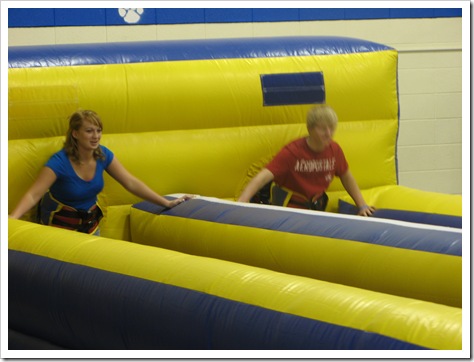 Megan and Doug getting ready to bungee 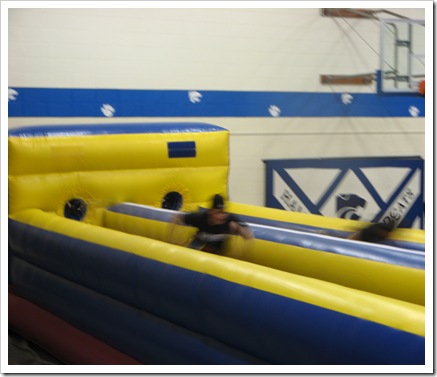 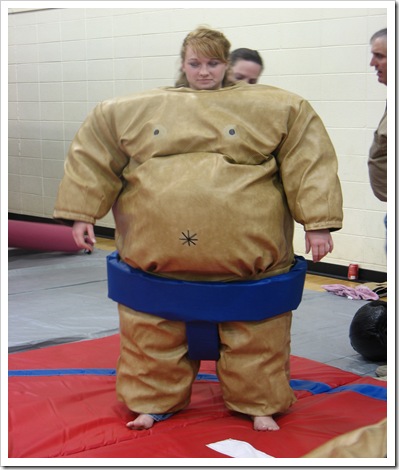 Megan is going to give it a try 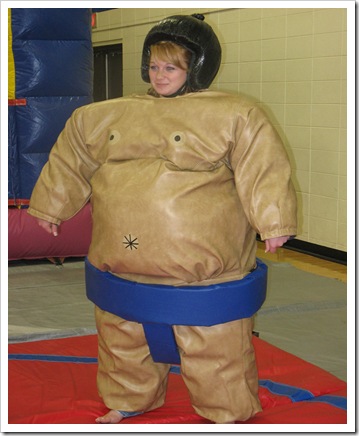 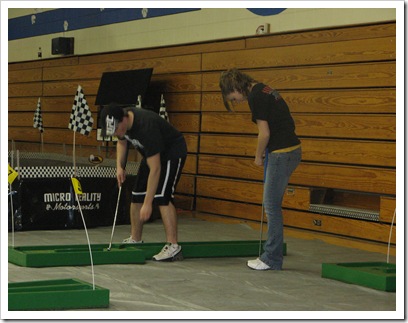 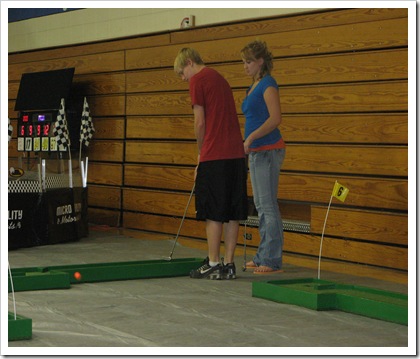 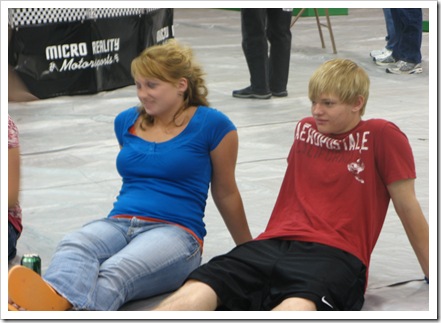 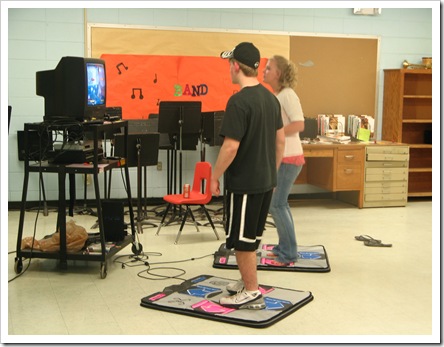 Jacob trying out the dance revolution 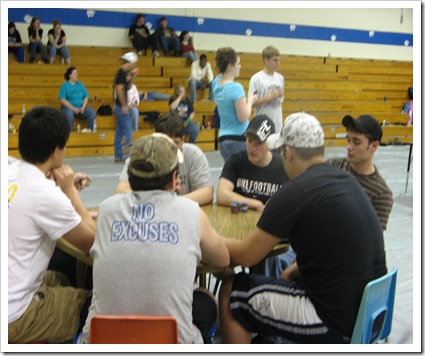 A serious card game going on!

Well as you can see I think everyone had a good time. About 4:30 everybody was wanting to go home. We had a few kids laying in the bleachers and the smiles were starting to fade away come early morning. Then the parents started on the clean up which is always fun! No one is going to want to get up early come Monday morning including me!!

Posted by Raymond Homestead at 12:21 PM