Today sure was a nice day! Didn't do anything exciting though. Rusty and I ran over to Nebraska City and did some errands and then I came home and looked through my pattern books. Still trying to decide what to work on next. Tomorrow is the big Super Bowl, which means absolutely nothing to me! I'll just do my usual Sunday thing and mess around with my craft projects or something.

Posted by Raymond Homestead at 6:25 PM No comments:

Well, my new cell phone was dealing me fits. I would charge it overnight and then by 2:00 the next day, it would go completely dead. It happened again today so I called my cell phone carrier and told them about it. They said I need to take it to them so they can see if it is the phone or the battery. Which means I have to take it over to Shenandoah. I told them I didn't know when I would make it over but after work on the way home I kept thinking, I don't want to be without my phone so I drove over to Shen with a frown on my face and got it taken care of. They put a new battery in it. Hopefully this takes care of the problem! Now I will have to do the things I was going to do today after work tomorrow. This just totally messed up m

I made this Valentine candle mat when I got home yesterday from work. Now I think I will work on some Easter items. I told you I was in the mood to work on things so I have to take advantage of it!
Can you believe we are in the last week of January? My gosh, where does time go? 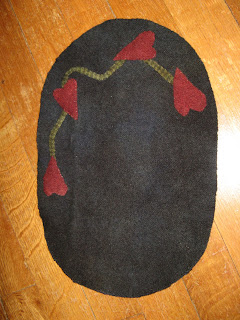 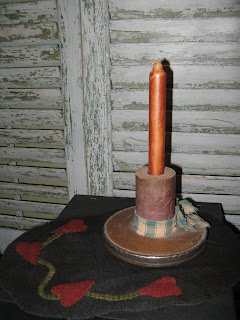 Ok, I am done with my Valentine stitchery. I tried to take the best picture I could of it. It was hard because the light kept reflecting off it. Anyway, while I had the camera out I decided I would take some more random shots around the house. You got to remember it's Sunday again so I'm doing my girly stuff while the guys are watching boring TV. I have already tried once to put them on and didn't do it right cause my computer shut down. Gee whiz, does anybody else have this much trouble trying to do something that evidently the whole world out there already knows how to do?!? Derek keeps laughing at me. He can't seem to understand why something so easy could be so hard. Rusty keeps hollering, "can you order a new brain!!" I think everybody is ganging up on me! Oh well, what am I here for if not to put a few laughs in everybodys life.I think poor Doug has inherited some of my blondness cause after he had been up all morning and had even looked outside he asks us if it snowed last night!I said, my gosh Doug, you're asking one of my questions. Well he informed us he meant, did it snow anymore than it already had. See, that is what I would have meant too, had I asked that question. You just have to know how our minds work!! I know I know, you are thinking, what a bunch of nuts but chances are if you are reading this post it's because you're either related to us or you are a friend thats supposed to love us in spite of our faults!!!!! 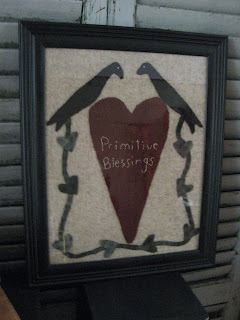 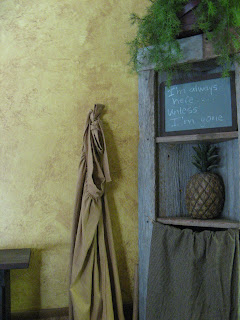 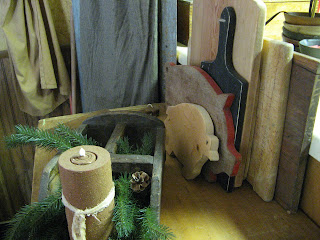 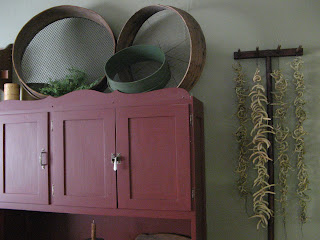 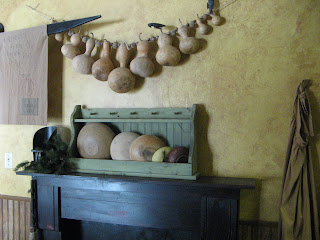 Posted by Raymond Homestead at 2:15 PM No comments:

Well today Rusty and I went over to the city and got some groceries after he got home from work. When we got home I started to work on my Valentine stitchery. I'm almost done! Then I will have to figure out where I'm going to put it. I'm already trying to figure out what my next project will be. I'm suddenly in the mood to make something. It comes and goes. I'll go a long time without not wanting to make anything and then it will just hit me one day and I'll feel like making a lot of things.
I guess when we wake up tomorrow we are supposed to be seeing some snow!
Posted by Raymond Homestead at 6:19 PM 1 comment: 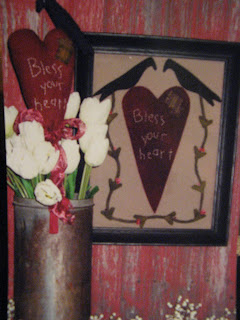 Well,I moved my couch and a couple of chairs around. I don't like things the same way forever, it drives me nuts, so I had to move something. Anyway, while I was sitting there looking things over, I decided I needed some kind of Valentine decoration so I got out my patterns and found one that I thought I would try and make. Here is a picture of what I'm going to make. I'm making just the stitchery. I will put a picture up of my finished project when I am done.
What happened to the nice weather?
Posted by Raymond Homestead at 7:15 PM 1 comment:

Well, I took my niece Ciara and we went to a purse party. It's kind of fun to pick out the material you want and choose the style that you want. It took us a while to pick out our fabrics. There are so many to choose from. You think you have it picked out and then you see something else you like. Now we just have to sit back and anxiously await the arrival of our new bags!!
Posted by Raymond Homestead at 8:32 PM No comments:

Well I got a trade up on my cell phone today. It will take me forever to learn how it works. I have to read the instructions 100 times and then ask one of the boys to show me. I think I will like it once I get it figured out. Seems like there is always something new to learn, I guess that's good but it sure stretches my little brain!! Technology sure is amazing! I had today off from work so that was nice but it's back to work tomorrow!
Posted by Raymond Homestead at 3:36 PM No comments:

Today's weather sure is nice compared to that cold we just had! Nothing really exciting to tell today. We went to church, came home and ate dinner and just doing the usually Sunday chores. Derek and Rusty are watching Football, Jake went with his girlfriend somewhere, Doug has a 4-H meeting and I am messing with my craft stuff and girly things I like to do. I want to try and do some decorating changes but so far can't come up with anything yet. Notice at the bottom of the screen I have a random act of kindness footer. That is my New Year's resolution, to try and do more random acts of kindness. There is so much negative out there, I think we all need to step up and try and make a positive difference. A GREAT movie to watch if you haven't already is Evan Almighty.
Posted by Raymond Homestead at 2:04 PM No comments:

I'm still at work getting everything figured out. As you can see I now have some pictures on here. I want to add new pictures now and then of my home or maybe some project I'm working on. I can't believe January is going by so fast. Where does the time go? It really is quite
scarey. Here are a few more pictures. I will be adding more soon. 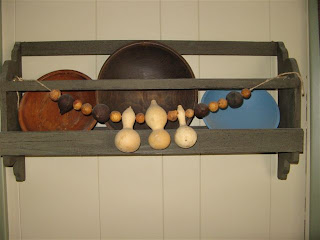 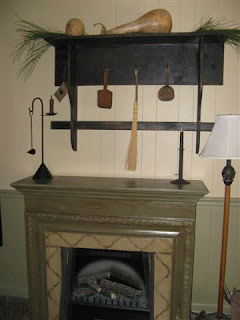 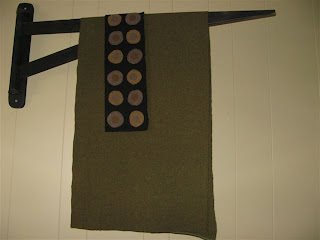 Posted by Raymond Homestead at 1:53 PM No comments:

Well I went back to work today after being off for Christmas and New Year's.
It is good to be back in a routine. I can't believe it is January. The school year is going by so fast. It just seems like yesterday when school started.
Posted by Raymond Homestead at 4:54 PM No comments:

Starting my own blog

I really don't know what I am doing quite yet, but with the help of my son, maybe I'll be able to figure it out eventually. I'm sure I am testing his patience really well. I sure know I am getting frustrated. This kind of thing is all new to me. You'll have to keep in touch and see how I improve with time!
Posted by Raymond Homestead at 4:08 PM 1 comment: